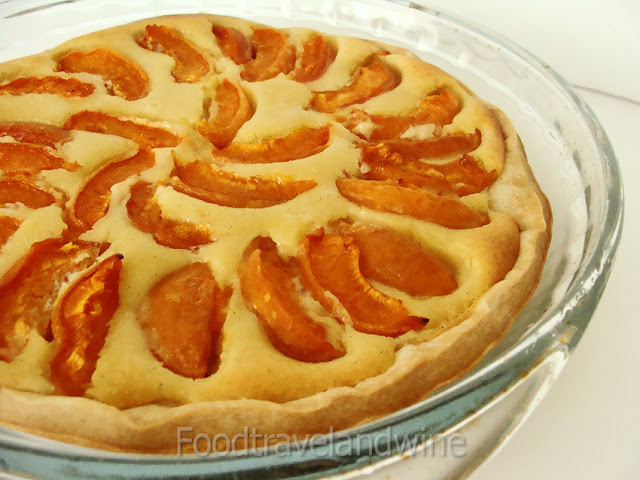 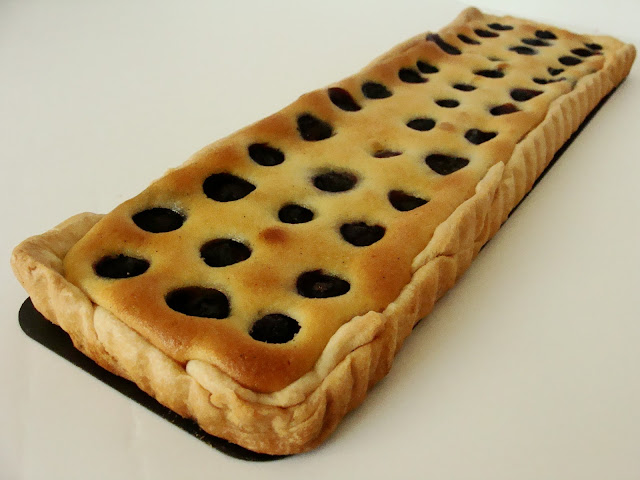 When I was having my Macaron Madness, I found in Google an Apricot Almond Tarte from Pierre Herme. It was love at first sight, and I had my last apricots of the seasons in the fridge..... 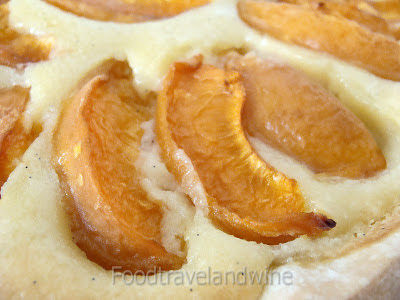 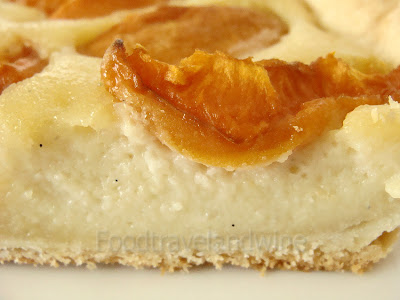 I found the recipe in the excellent blog of   Valerie Cuisine Merci Valerie! 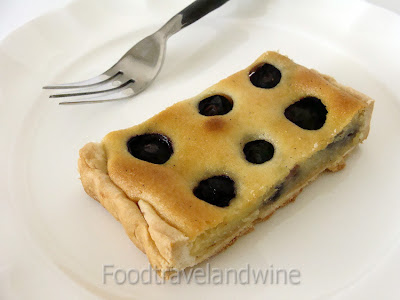 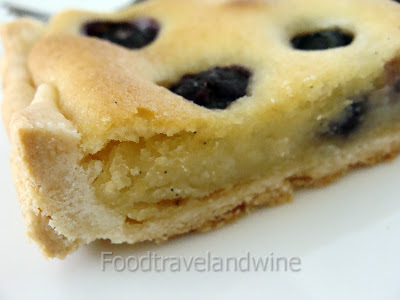 250 g of puff pastry (prefer it homemade, it really has nothing to do)
180 g almond cream (see recipe below)
1.1 kg of ripe apricots
4 tablespoons apricot glaze

Prepare the custard: put the cornstarch in a saucepan with half the sugar and pour the milk and stir it. Split the vanilla bean and scrape the inside with a small knife pods and put in saucepan, bring to a boil, whisking.

In a second saucepan, whisk the egg yolks with the remaining sugar, about 3 minutes. Pour in a thin stream, the contents of the first pot continues to run with the whip. Bring the cream to a boil and remove from heat immediately after the first broth. Remove the vanilla cream then dive into a container filled with ice (I did not).

When the cream has cooled and reached 50 ° C, add the butter, turning sharply with the whip (I did not set). Cool and set aside.

When the custard has cooled, prepare the almond cream: Mix the icing sugar, almond powder and cornstarch; sift. Put the butter in a bowl and the mixing with a spatula so that it softens without lather.

When the butter has the desired consistency, add the almond-sugar mixture, cornstarch, then eggs, one at a time, stirring constantly with a spatula until the first egg is incorporated before adding the next. Pour the rum and then 300 g of cooled custard.

When the preparation is homogeneous cease to work. Cover with film and refrigerate until ready to use.

Roll out the pastry to a thickness of 2 mm, 30 minutes to cool, then lift out and line a pie plate 22 cm in diameter. (I used a mold of 26 cm in diameter, so I certainly used to advantage and benefit apricot cream).

Prick the bottom of many shots fork and slide the tart in the refrigerator for 30 minutes.

Once the dough has rested, cook in white, covered with a sheet of paper filled with sulfurized apricot kernels or dried vegetables. Slide the tart in the oven for 12 minutes at 185 ° C. After this time, remove the paper and vegetables or cores in it and cook the dough, only about 5 minutes, until slightly golden.

Spread 180 g almond cream on the dough (I used more than 180 g), cut the fruit into two, remove the kernel-apricot halves have rosette, skin side down, in the interweaving each other.

Posted by foodtravelandwine at 6:50 PM