What Did She Do with the Red Pepper Olive Oil? 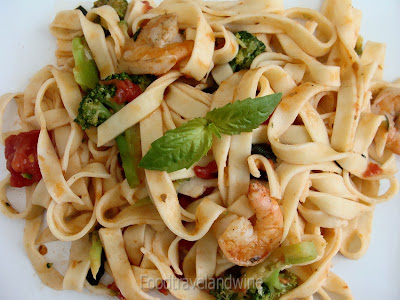 I did three jars of Red Bell Peppers in Extra Virgin Olive Oil. Therefore, I had a a big amount of olive oil left from the jars after eating the red bell peppers.

What I did with the olive oil??

Second, I sautee shrimps, broccoli, and tomatoes for a pasta dish. In addition, I used the olive oil to coat the pasta. 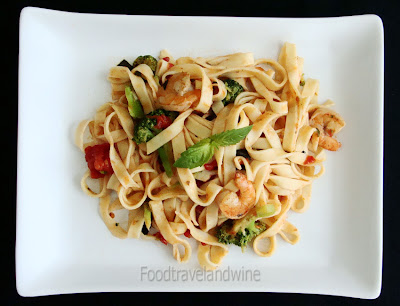 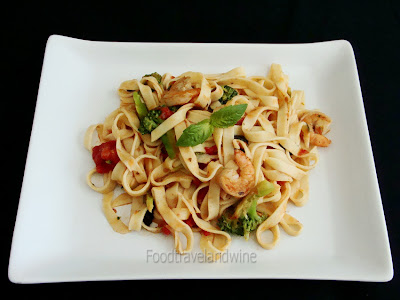 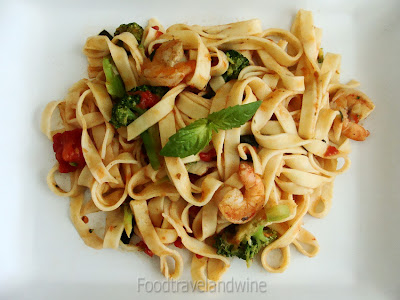 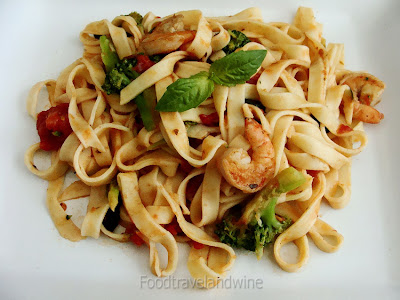 When the pasta is "al dente", strain it and coat it with Extra Virgin Olive Oil (from the Red Bell Peppers). Mix it with the shrimps, broccoli and tomatoes. Adjust for salt and pepper. Decorate it with a basil leave.

Third, I did "Garlic Prawns".....yes.....very simple.....with all the garlic from the red bell peppers.....I will not write the recipe because you are experts and have your own recipe......However, I will let you to enjoy the pictures..... 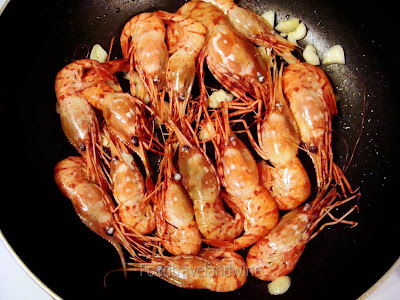 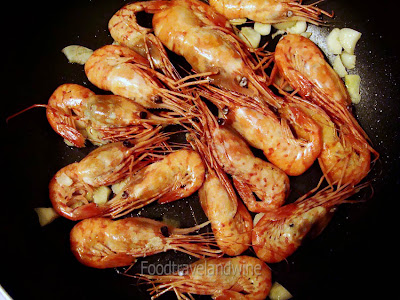 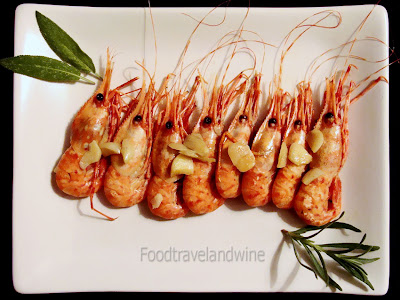 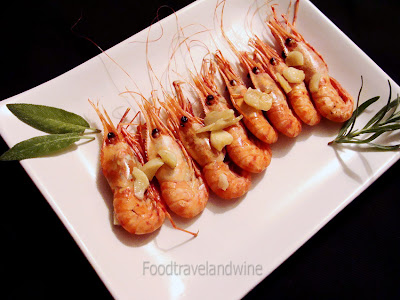 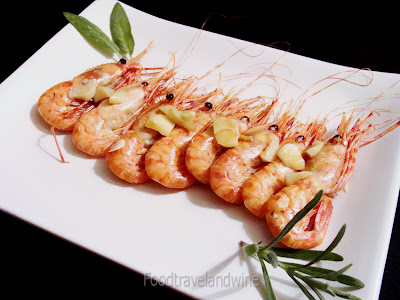 Other dishes with the Red Bell Peppers in Extra Virgin Olive Oil will be posted later.....

TO BE CONTINUED.....
Posted by foodtravelandwine at 11:42 AM